Gamestage is a calculated value which represents your progression and survival skill. You can see your own Gamestage, as well as the Gamestages of other players, on the Players information screen. Gamestage is used by the game to adjust various game mechanics, including:

If you are in a party, then you will have a Party Gamestage which determines the types of zombies you will encounter (but not loot; see Loot Gamestage below). Party game stage is calculated as follows.

Loot Gamestage is the effective Gamestage used when you open a container (and the game checks against any Gamestage-controlled loot tables). In single-player it is simply your Gamestage as modified by perks and apparel (e.g. the Lucky Looter perk). In a party, the effective Loot Gamestage for all party members is the highest Gamestage in the party (see loot.xml); it does not use the Party Gamestage calculation shown above. (Using the players from the example above, the party's Loot Gamestage would be 100.) Additionally, any perks or items only affect the person having them, so you may want to allow the party member with the most invested in Lucky Looter, or owning Lucky Goggles, to open the big loot chests, safes, weapon caches, etc. 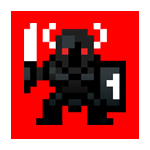