Harvesting refers to the activity of attacking blocks in order to obtain basic resources. These resources are extracted from blocks as they are damaged and/or destroyed by your Harvesting efforts.

While Harvesting is a general term for the extraction of resources from blocks, there are several subtypes to which reference is often made:

To discern between the various types, Harvesting will be furthermore referred to as obtaining basic resources only, with a variety of tools that are aimed at various materials.

While Harvesting can be done using your Fists, the process can be sped up greatly by equipping an Appropriate Tool for the material of which the block you are attacking is made. Using an Appropriate Tool will prevent the reduction in Block Damage that occurs when using a Tool or Weapon not well suited for the job, as well as reduction in resources yield. Some blocks require a specific tool to provide certain resources.

Regardless of how fast a block is destroyed or which weapon/tool you use to destroy it, the amount of resources ultimately extracted from the block is the same, with three exceptions:

IMPORTANT NOTE: The list of all tools and melee weapons, with their respective statistics is available at the general Tools page.

Various types of tools will be good for different material types:

Additionally, a tool can be even more efficient with the following:

While an Auger or a Chainsaw can be the most efficient in terms of speed in destroying blocks and obtaining resources, they generate a lot of Heat, making them a high risk and high reward tools. 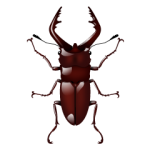