Edit
watch 02:56
Raise a Floppa - The Loop
Do you like this video?
Play Sound

A Iron Hatch v3 offers three security feature options, in relation to the player's control of the Hatch. Holding down the 'E' key, while looking at the Reinforced Secure Wooden Door, will bring up the following three icons:

A Iron Hatch v3 can be upgraded into a Vault Hatch.

You can repair a Iron Hatch v3 with up to 40x Iron, depending on damage level, and an appropriate repair tool. 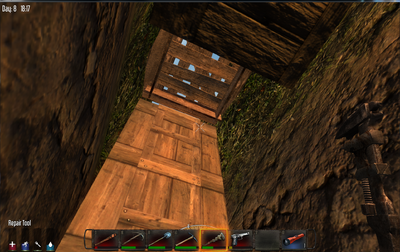