Survival MP is one of the three Game Modes playable in 7 Days to Die. This is a multiplayer game which can be opened to the public or played privately and only available to players granted access. The differences between this Game Mode and Survival SP are the land protection system and multiplayer settings that are available.

A new game always starts at 08:00 at the beginning of day one and the player's character will spawn at a random location on the map with a few basic items in their Crafting Menu. The player's character starts the game with their Fullness, Health, Hydration and Stamina bars full. If the player is lucky their character may spawn near to several loot containers or even buildings. However, if the player is unlucky it is quite possible their character may spawn at a point where there is very little about to loot.

Due to the open world nature of 7 Days to Die there are effectively no goals other than the one to stay alive. Being a multiplayer game mode, it is suited to both PvP, which focuses on combat between individual players and PvE which focuses on co-op between players to fight off Zombies.

The player's character starts the game with a few basic items already on their toolbelt, for Survival MP the following items are provided.

1x Can of Chili 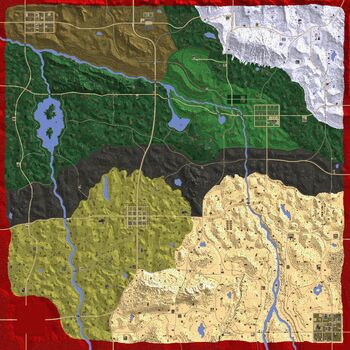