Tungsten Ore is a resource block that will allow you to smelt tungsten in the forge. Deposits of Tungsten Ore can be found underground and can be mined using a Pickaxe, it will drop collectable ore upon breaking. As it is not possible to craft tungsten ore into Scrap Tungsten the only use for it is as a source of tungsten during casting. Tungsten Ore is placed into the metal slot of a Forge where it will be smelted into a source of tungsten and used directly with an appropriate Mold to cast an item. Each lump of Tungsten Ore will produce 6.0 lbs of tungsten, enought to cast two Tungsten Ingots.
In Alpha 9.3 tungsten can be found 63 blocks below the surface down to bedrock. In Alpha 11 tungsten was removed until it can be better implemented. 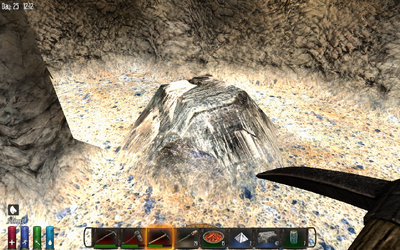 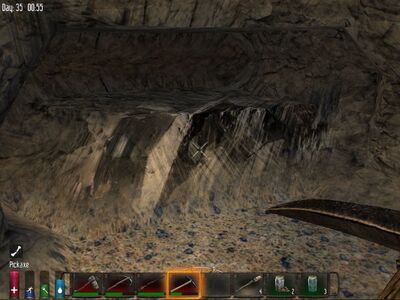 A vein of Tungsten Ore on Bedrock 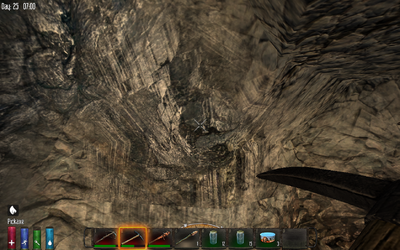